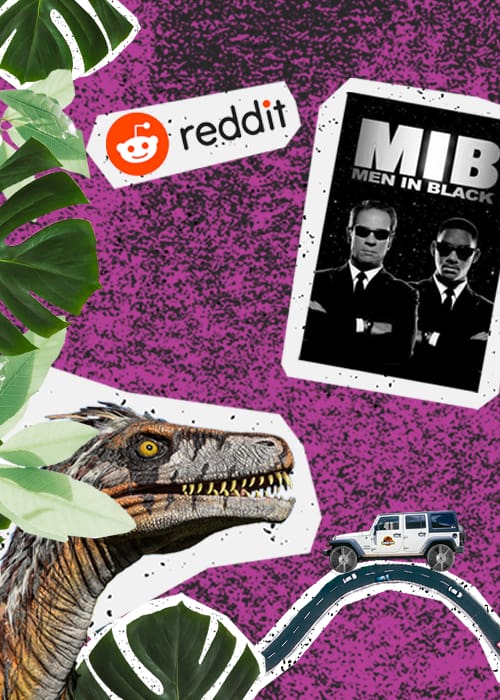 Today, we’re taking a look at some of Reddit’s /r/Movies favourite marketing campaigns!

From Augmented Reality to cryptic puzzles – there’s a lot to take inspiration from here. We’ll be breaking them down, digging into the nitty-gritty and looking at what makes these campaigns tick!

So, get your popcorn, grab your overpriced fizzy drink – the movie is about to begin…

Everyone by now has heard of the Matrix and its mind-bending, thought-provoking sci-fi madness.

However, this wasn’t the case before 1999, and I doubt many could have guessed its incredibly conceptual idea at the time. Its craziness only increased the enticement of the question: ‘What Is The Matrix?’

The trailers consisted of a montage filled with intriguing shots, with exciting action scenes revealing as little as possible. The intense trailers alongside the tagline ‘What is The Matrix?’ was enough to hook viewers.

It’s a clever technique to propel audience participation by asking the simple question, “What Is The Matrix?”. By repeating the question themselves, the watcher creates their own CTA to find the answer.

And as we know, “What Is The Matrix?” created endless discussion and hype around the final release.

“It was very mysterious and secretive, I recall. Everyone wanted to see what it was all about and when we did, our minds were blown.”

From fake TikTok accounts to a collaboration with Call of Duty, Scream has had some immersive (and spoooooky) marketing campaigns. But let’s look at the OG from 1996 for a moment.

In the 90s (and really all of the time), there was an impressive display of lead roles in massive Hollywood blockbuster films. So Drew Barrymore getting cast as the lead in Scream was no shocker.

Along with an extensive marketing campaign presenting Barrymore as the main character, most moviegoers would believe that by horror film standards, she would have most definitely lived to see the end of the film.

That prediction became swiftly slashed when Drew dropped dead during the first 10 minutes of the film. A great example of subverting expectations.

“Killing your leading lady just 10 minutes into it created a brilliantly tense thriller where the characters LITERALLY know the “rules” of horror film logic, yet we are now aware they aren’t going to apply.”

Going through this list, you’ll quickly notice that either Reddit has a great fondness for monstrous films, or these fear-fanatics really know their stuff!

Cloverfield released no context to the shots of the Statue of Liberty head crashing into the NYC roads, which intrigued audiences all the more.

Cloverfield’s entire digital campaign was shrouded in secrecy, with audiences having to hunt for more information across the web. It’s one of the first examples of an alternate reality game (ARG) making waves across the internet.

As user Alvadeso explains, there wasn’t “even a real title, just a release date. I really thought it was a Lost spinoff or a Godzilla movie.”

The beloved first film in the series was an instant hit (I mean, it’s a Will Smith movie), and the marketing team certainly capitalised on its success.

“They used a clever nod to in-world tech designed to wipe character’s memories in the film and showed it in ads a few weeks after the film’s successful release” – accompanied by the tagline, “Men in Black: see it again for the first time.”

It’s interesting to think that most of the time, the objective of a film’s campaign is getting audiences to see the movie for the first time in cinemas or on an OTT platform.

However, we can comparably use similar techniques to get users to watch the film in the cinema for the second time; or get fans to watch the movie at home on streaming platforms again.

The Steven Spielberg classic could do with a blog of its own for mega-monstrous marketing techniques.

Though many remember Jurassic Park for its brilliant tagline, “65 Million Years in the Making”, there were other ideas the studio tried implementing into the campaign.

One of which was described by Eulielee:

“Around here, there were several billboards that got ripped up pretty bad. I remember thinking, wow, looks like some sort of monster clawed that up.”

The following week, they replaced the billboards with Jurassic Park adverts. Clever girl.

This example is a fantastic insight into how you can use real-world events/placements to drive traffic for your film in imaginative ways.

No matter how far into the future, OOH marketing, much like life… uh… finds a way. Though we may be in trying times, with social media marketing taking the forefront – the possibilities of practical, extravagant advertising will always have a place in our hearts.

Using a similar technique that the new Scream movie uses, user Shamgod remembers fake social media accounts created for the sociopathic protagonist of Lou Bloom, detailing his climb up the professional ladder by any means necessary.

These accounts included a video CV posted on Twitter and Linkedin and was great for getting “the audience immersed in the film before it was even released.”

This list wouldn’t be complete without one last horror film to top it off. For the US remake of The Ring, the marketing team created both horror and intrigue at the same time, as user EnemySoil says:

“The Ring played parts of the ‘video’ as an ad on TV late at night without any other info.”

I won’t lie to you; that ad still keeps me up at night. It gives the viewer the sense that they’ve discovered something almost they shouldn’t be seeing and would reactively promote word of mouth through friends and family.

It’s interesting to think about how new releases can capture the classic methods of old-school movie marketing.

Social media has changed a lot since the days of MySpace and Cloverfield ARGs. But films such as Scream 5 are keeping this experiential marketing alive with their social media narrative campaigns.

A good trailer can be imperative, as evidenced by the success of The Matrix, The Ring, and Men In Black. Remember, keeping the big twists and turns for the theatre is always the right way to get audiences into those cinema seats.

We revel in the opportunity to talk about classic films. Looking through these campaigns can inform new, exciting decisions that inspire our movie campaigns.

Until our sequel, if you’d like advice on how to market your film or are looking to increase campaign engagement – contact our movie marketing experts here.

Pride 2022
5 things you can do to support the community

Grab a glass of bubbly! We’re celebrating after being shortlisted for four categories in the UK Social Media Awards 2022!

With Pride 2022 in full swing, we're showing marketers the significance of Rainbow Washing in the community and how to avoid using it in ads.