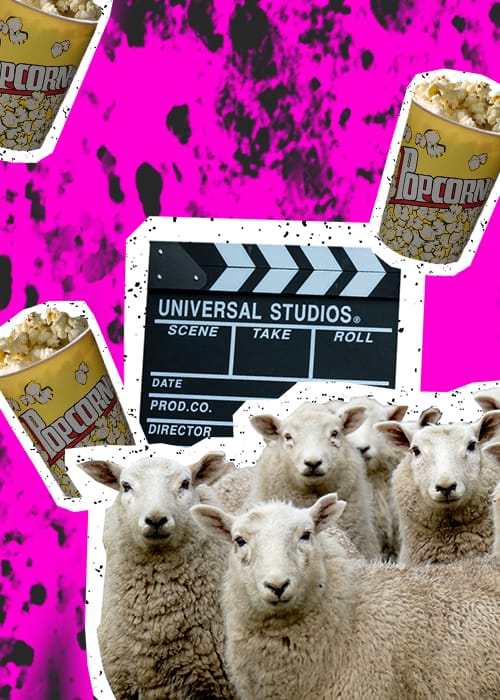 Silence of the Cinema – Where’s the Audience Flocking To?

Since the beginning of the pandemic, the cinema has taken a hit. We’ve been documenting it all and sharing our predictions along the way. So, as we awake from our lockdown slumber, blurry-eyed from the binging of TV and movies throughout, you would think people were up-and-ready to go back to the big screens and experience films in surround sound technology and the comfort of leathery recliners. But actually, it seems that our sofas and memory foam mattresses are where we really want to be.

Why is it that we’re hesitant to return to the cinema? Have we discovered a comfier, more relaxed viewing method? Is it because we’re scared of venturing into the movie cinema, for fear of sitting next to a symptomless Covid carrier? Or is it because there is simply enough at home to keep us entertained and we’ve all adapted rather well to staying indoors?

Throughout the pandemic, we’ve been covering the rise of PVOD services and the impact they’ve had on audience engagement. Now that we’re heading into more familiar territory, what evidence can we look into that gives us further insight into where the money is regarding movie-making? Let’s take a look at the film landscape as we move into 2022.

The truth is – not so well. Despite an influx of new films in 2021, the success of these has been scuppered by changes in consumer behaviour. Even for highly-anticipated films that eventually made it to the cinema, like the new Bond film No Time To Die, streaming dominated the share of revenue, and the film is considered to have lost money. And that’s not to mention that it was the highest-grossing Hollywood film of 2021.

Throughout lockdown, many studios relied on in-house creativity and marketing. This was a great starting point as lockdown led to an increase in demand, allowing profits to soar. But now consumers have made the switch to streaming services, they’re not in any hurry to switch back to the cinema. In fact, three in five UK homes signed up for streaming services in 2021 and 18-34 spend a whopping nine hours and 13 minutes a week on Netflix alone, not to mention the hours spent on other PVOD services.

Cord-cutting is definitely on the rise; in 2021 27% of US households said they would cancel their pay-TV package and studies show that by 2022, 55.1% of Americans will have ditched them entirely. Dual releases of movies means that the consumers are given options – and they’re opting to stay at home and use streaming services over traditional TV and a trip to the big screen.

As creatures of comfort, we enjoy the freedom of being able to watch shows when it suits us. (Mostly) gone are the days of counting down the hours until our chosen cinema showing or setting a reminder for our favourite TV programme – we want to watch here and now. And the market has had to shift to these changing user trends.

How is the market evolving?

Not only is our way of engaging with film changing, so is the marketing! As Giant Pictures’ director of content distribution Nick Savva states, “previously if you would show up at Cannes without the ability to write a check for an advance or a licence fee, no one would want to deal with you. But that is changing… People are realizing streaming is where the audience is. And they will engage more with these revenue share arrangements.”

Advertising for smaller films has never been so accessible due to the abundance of platforms to create on; TikTok, Youtube Red and Shorts to name a few. Plus, with a wealth of content creators and influencers making their mark on these platforms, there’s more competition than ever before to be seen. But the good news is that over two billion people are on YouTube, opening up the extent that new and upcoming movies can get in front of their audience.

The rise of video on demand (VOD) and premium video on demand (PVOD) means streaming sites like Netflix and Disney+ now own the market. The landscape has changed, and we’re now talking about subscription marketing taking centre stage. But what do people want to see? Let’s take a look at what was popular and what worked in 2021.

Four PVOD films came out on top in 2021. Need we continue? Well, yes. These were Candyman, F9, Black Widow and The Suicide Squad. Available on exclusive platforms, people paid premium prices of $19.99 to watch these flicks, topping most cinema ticket prices.

But what matters most: the audience, or the content?

Well, it’s a bit of both. The Korean series Squid Game took the world by storm and is now the highest-grossing Netflix show of all time. This just goes to show that the right content, even if viewers have to watch it dubbed or with subtitles, always wins.

Can we revive the cinema?

Even after numerous lockdowns, where people are viewing their favourite flicks is still up in the air. Yes, people are streaming more, but people are also determined to get back in the cinema to see the big popcorn experiences (Dune, for example). But will it be enough to revive the cinema? Or will streaming take over for good (or stick around until the next biggest thing)?

Our advice? Determine how big your film is going to be and target your audience in the right place. If you’re working on a tight budget, stick to social media advertising and look into ways to distribute your flick, such as Prime. If you’re in need of tips and tricks on independent film distribution, check out this blog. And you’ll also want to find the right aggregators for your indie film if you want to make it big, which you should read about here.

The TV game has changed; it’s now all about how well you can engage your audience, not just through trailers but UI, algorithms and diverse choices of entertainment. In fact, scrap what we said about streaming sites being king; it’s actually the consumers who have all the control and you need to be listening to them.
If you would like more advice on getting your film out in lights, get in touch with our experts.

TikTok’s Insights – The tool to improve your social strategies

How to level up your mobile game marketing in 2022

How to navigate the cost of living crisis as a brand

TikTok’s Insights – The tool to improve your social strategies

TikTok Insights has just arrived! With a ton of new analysing tools, how can you supercharge your TikTok ads through this new feature?