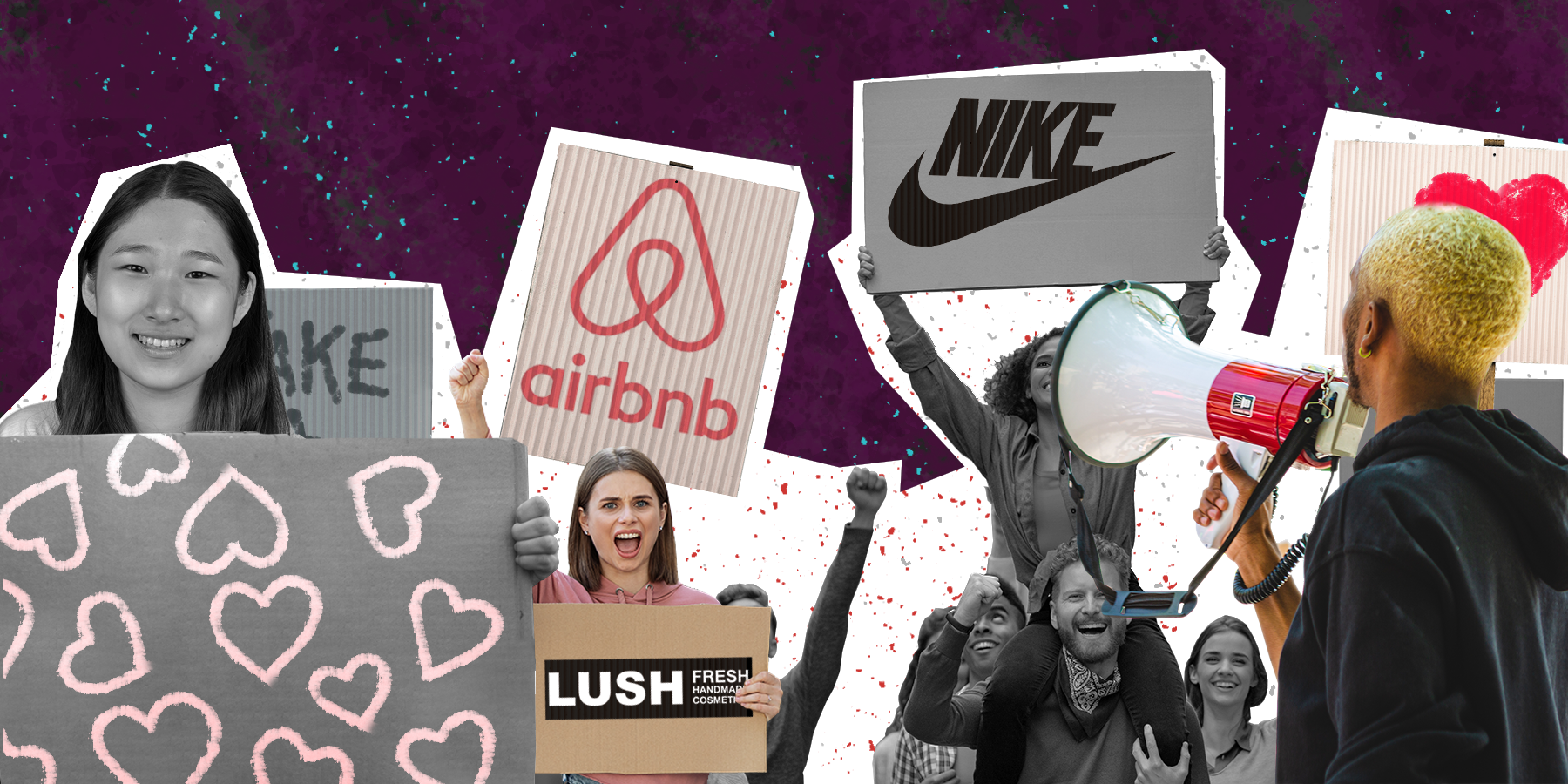 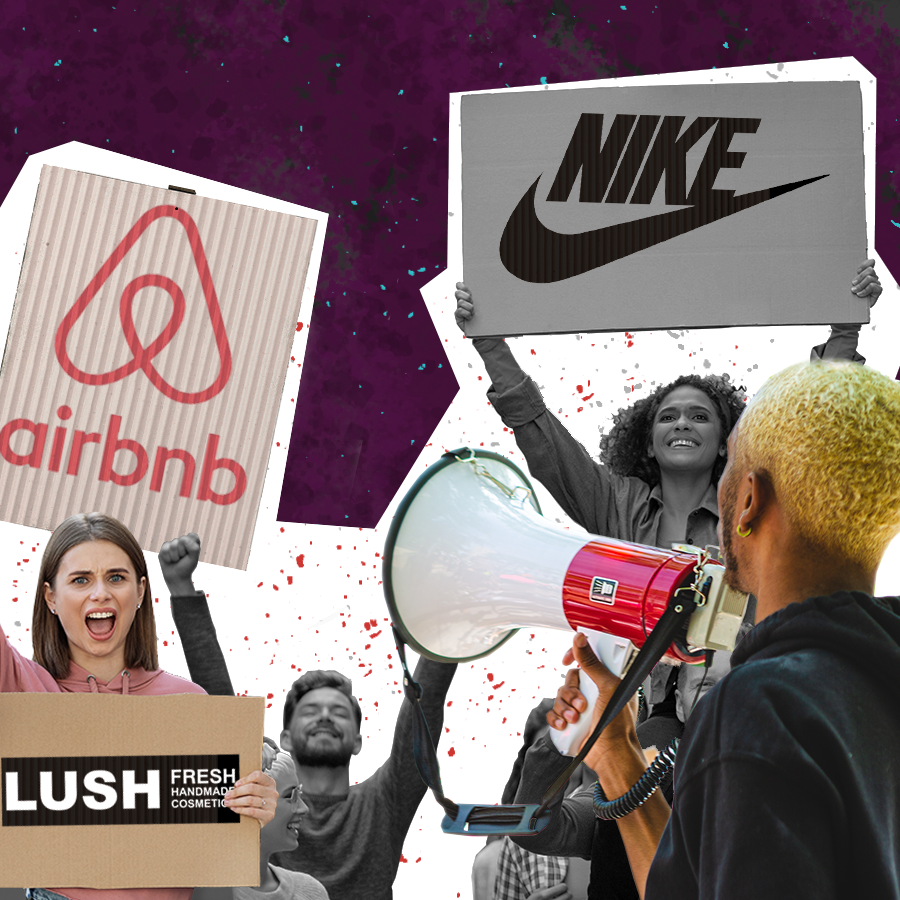 From #MeToo to Black Lives Matter, social issues have occupied a large amount of the news and our consciousness over recent years. It’s becoming more and more common for brands to take a stand on social issues, and consumers are expecting it.

According to a 2018 survey by Sprout Social, 66% of consumers said that it’s important for brands to take public stands on social and political issues, whilst 57% of consumers are more likely to buy from or boycott a company because of its stance on a social or political issue.

A 2017 study, “Beyond No Brand’s Land”, found that 51% of respondents believe that brands have more power to solve social issues than the government, and that number has grown throughout 2020 thanks to the Black Lives Matter movement.

Lush is a beauty/cosmetic store that sells soaps, shampoos and bath bombs. The company has regular activity in both eco and animal-cruelty circles, and in June 2018 launched their “Spycops” campaign, raising awareness of the emotional fallout and scandal caused by the raising and adopting of children whilst officers operated undercover.

Due to the sensitive nature of the subject and clear stance that Lush was taking, each individual store was given the option to opt-out of the campaign…once launched, the campaign was met with extreme backlash and counter campaigns such as #flushlush. There was an undeniable risk of the campaign being taken out of context, as it appeared in some stores before the actual campaign had launched.

Lush witnessed a 2321% spike in Twitter mentions within 24 hours of the campaign being launched, with 67% of those being negative. In comparison usually, 80% of Lush’s mentions are positive, which equates to approximately 800 people a day. Even in a time of extreme backlash, they achieved a record number of positive mentions, totalling 6,000 a day. 7 days after launch, Lush’s Twitter account was still experiencing a 700% increase in mentions, with a ratio of 5,800 positive to 1,400 negative.

An audience analysis of #flushlush showed that users had nothing in common with existing Lush followers, and, although the campaign received a fair amount of backlash, it was received well by their existing customers, and led to a 13% increase in sales.

Although this was a one-off campaign, it highlighted a social issue that fed into Lush’s ethos and brand values.

Nike: Believe in something

Nike is an American company that is the world’s largest supplier of athletic shoes and clothes and is hence one of the most well-known companies around the world and has a myriad of celebrity sports sponsorships. The company employs more than 75,400 people worldwide and was valued in excess of $20 billion in 2020, making it the most valuable brand among sports businesses.

Their core values are performance, authenticity, innovation and sustainability, whilst their mission is: “what drives us to do everything possible to expand human potential. We do that by creating groundbreaking sport innovations, by making our products more sustainably, by building a creative and diverse global team and by making a positive impact in communities where we live and work.”

The “Believe in Something” campaign was about more than shoe sales; it was about cultural relevance and social impact. The star of the campaign was NFL quarterback Colin Kaepernick, who had raised awareness of police brutality towards African Americans by ‘taking the knee’ during the national anthem before NFL games. Kaepernick was soon dropped by the San Francisco 49ers and there was a national backlash aimed at him and those who joined him in the protest after.

The advertising campaign’s tagline was “Believe in something. Even if it means sacrificing everything”.

Nike’s shares fell almost instantly by $3.6 billion (3%) when Colin Kaepernick posted the video, and, as would be expected, the campaign generated a divided response. On one hand, it gained traction for highlighting the racial inequalities present in America, whilst on the other hand, some people viewed it as him disrespecting the national anthem and being “un-American”, therefore depicting Nike as “un-American”. One post of someone burning Nike trainers on Twitter gained over 50,000 likes and 45,000 retweets…

In the first 72 hours after the advertising campaign launched, there were more than 5.2 million mentions of the brand on social media. Nike received more than $43 million worth of media exposure in the first 24 hours after the campaign was released, made over $6 billion in sales and saw online sales grow by 31% within the first week, compared to a 17% increase the year before.

62% of people aged between 18 and 34 (Nike’s core target market) believed that athletes were “doing the right thing” by standing up for what they believe in.

Airbnb was founded in San Francisco and offers arrangements for lodging, primarily homestays and tourism experiences. Their mission is: “to help create a world where you can belong anywhere and where people can live in a place, instead of just travelling to it.” Airbnb’s values include:

In 2017, just nine days after President Trump signed an order to temporarily close America’s borders to refugees, Airbnb aired an ad during the Super Bowl in direct response to the decision. Super Bowl ads cost millions of dollars just to secure the ad space and typically feature celebrities and humour to capture the attention of the millions watching at home, so this is a significant shift from what viewers would normally expect to see during the ad breaks.

After airing the Super Bowl ad, the campaign continued with paid media across Facebook, YouTube and Twitter to boost the reach of their message. The campaign announced Airbnb’s pledge to provide housing relief to 100,000 people in need over the next 5 years and to donate $4M to the International Rescue Committee over the next 4 years.

On Twitter, #weaccept was the #1 used advertiser hashtag during the Super Bowl, generating over 33,000 tweets during the first half of the game, more than any other advertiser, with an overwhelmingly positive sentiment.

Airbnb saw a 13% increase in site visitors from the US and Canada in the week following the Super Bowl, and the call to the public to open their homes to displaced people has resulted in 15,400 total volunteer host signups to date.

What does this mean for you? 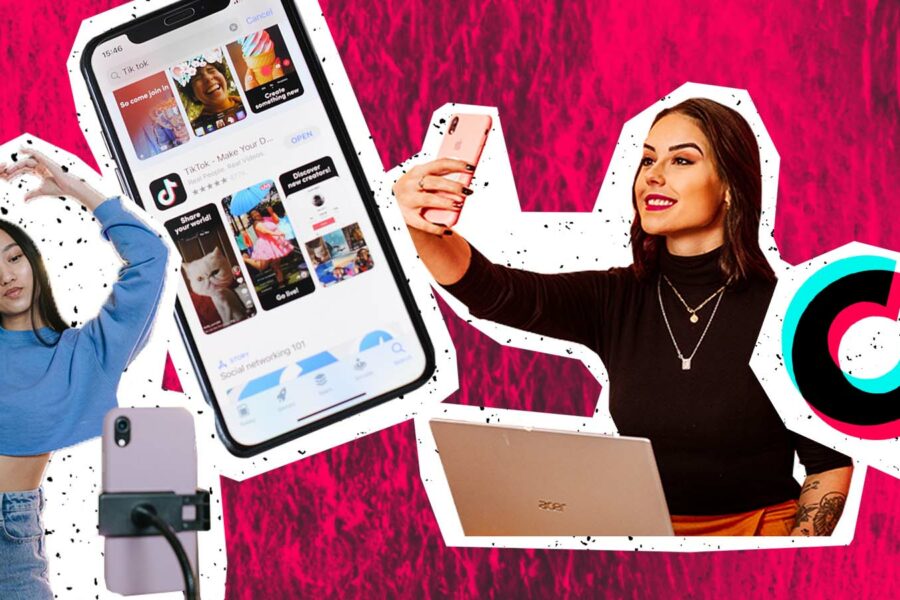 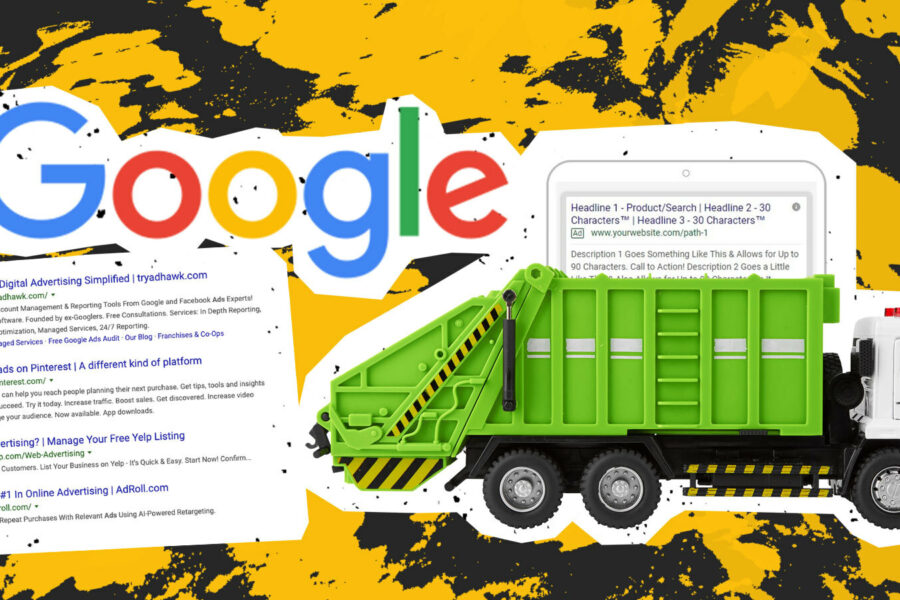 Google to Sunset ETAs – What Now? 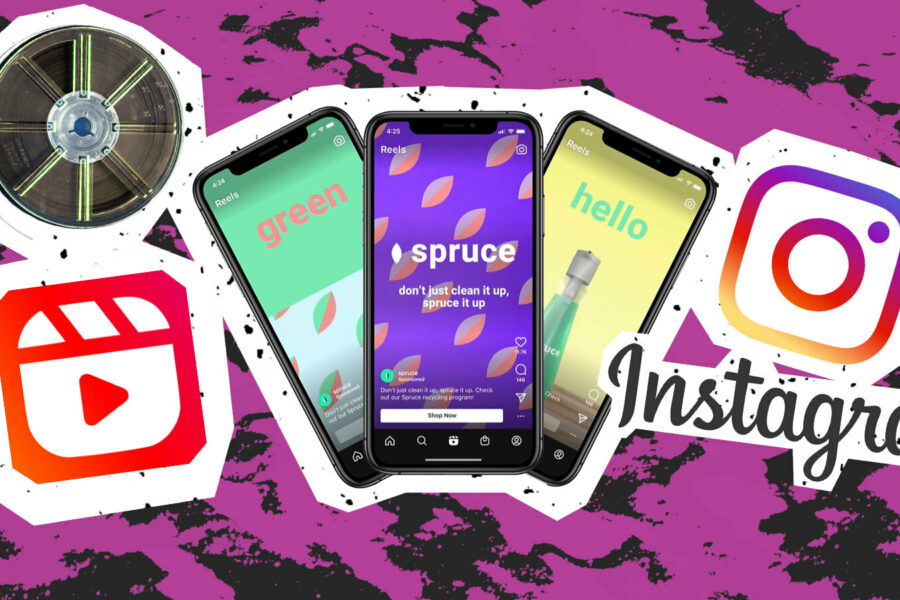 The Clone Wars – Instagram Reels You In With Ads 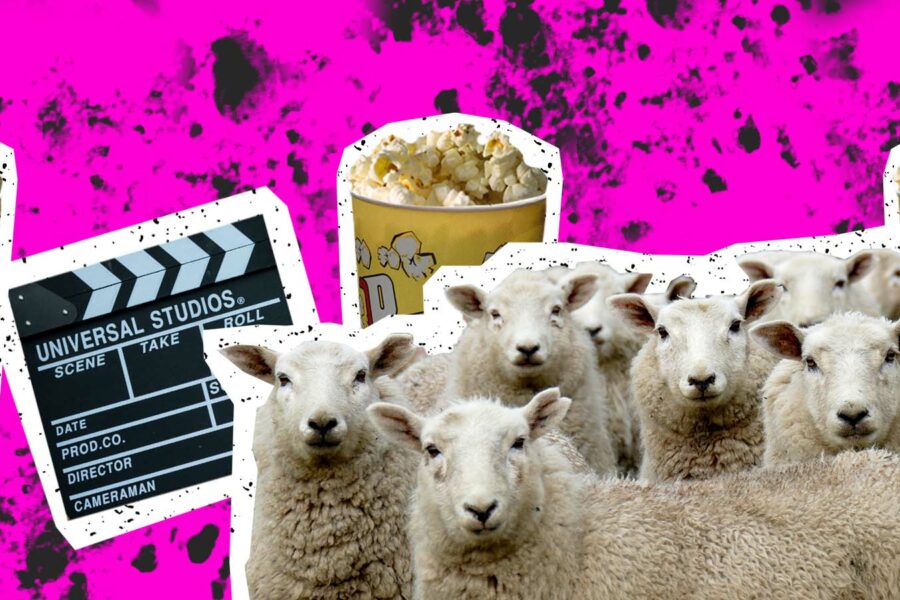 Silence of the Cinema – Where’s the Audience Flocking To? 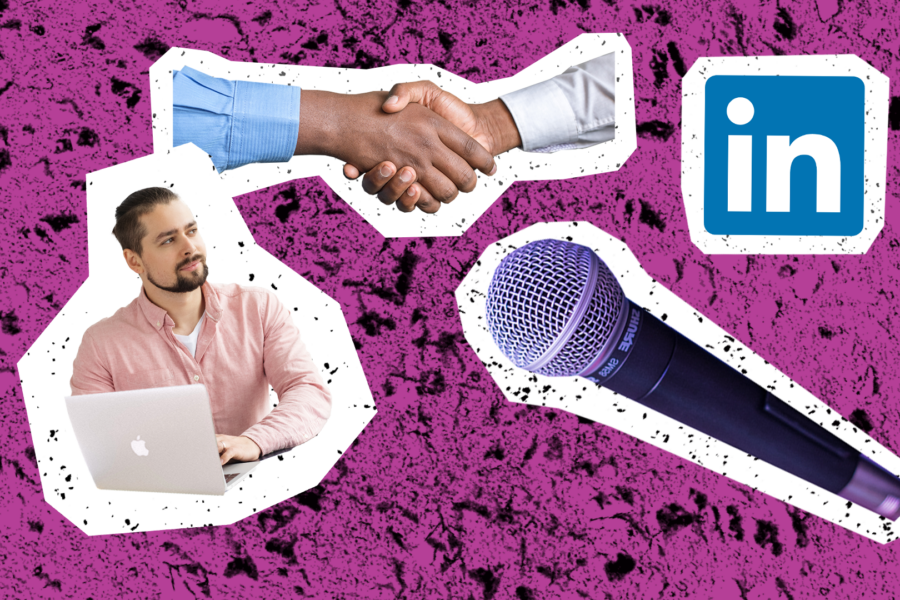 LinkedIn ads: The ultimate guide to improving your advertising strategy

TikTokkers love ads on the platform because they don't stand out. How can you work with other content creators to get your brand out there and boost sales?

Google to Sunset ETAs – What Now?

Google is making changes to its Expanded Text Ads. Here's everything you know about the latest advertising update. Say hello to Responsive Search Ads.